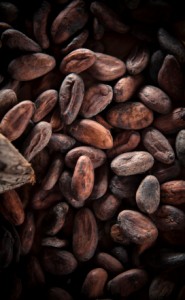 Hey everyone, Ben here. I just wanted to do a couple quick posts on where we are and where we’re going. We’re really trying to build up a community around Potomac Chocolate Co. of friends and fellow chocolate lovers. We really want you to be a part of this crazy thing. Part of that is giving you a look into what’s going on with us.

As you probably know, we’ve been accumulating the equipment to actually begin making our chocolate. We have almost everything that we wanted to have to start–melanger, cocoa mill, etc. We are still missing a few odds and ends that we’ll be getting shortly–things like a syringe for depositing liquid chocolate into the molds, and a piece of marble or granite and chocolate spatula for tempering.

We’ve also been working on getting the necessary ingredients. For the most part this means cocoa beans, but also sugar and cocoa butter. We have an order of beans and other ingredients on its way and should be here shortly. You can be certain that we will be making our first batch of chocolate the day that shipment arrives.

One of the main things we’ve been doing behind the scenes is reading everything we can about chocolate making and discussing the various techniques and procedures. As we’ve discussed this, we’ve also been talking about our strategy for how to approach our chocolate making and experimentation in as scientific a way as possible.

A couple other things:

Lastly, as I mentioned at the beginning of this post (I guess it didn’t turn out quite so quick as I had planned…) we really want to make this a community. To that end, we’ve been working on ways to bring you in and make you part of this. Part of that has (and will continue to be) through this blog, our Facebook page, and our Twitter account. But, we also want to involve people more directly in the actual development of our chocolate–and we think we’ve found a great way to do that. Expect an announcement on that very soon.

In the meantime, thanks again for all your support.

Next up: where we’re going!

Announcing the Upala 70% with Salt! a.k.a. Farewell Nib & Salt